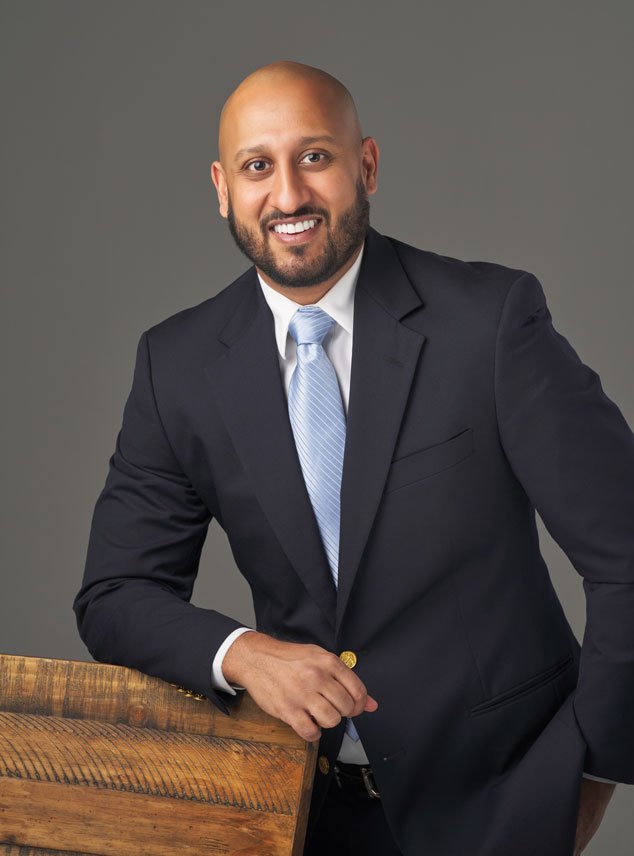 “I bring a decade of combined experience to the table; at my fingertips, I have a broad range of personal injury expertise.”

About The Mitra Firm

Pushkar Mitra Singh is a master PIP and Personal Injury Attorney who is proudly winning cases for clients throughout Florida.  He has helped clients from Jacksonville, Ocala, Tampa, Orlando, Naples and ALL of South Florida. His cases range from dealing with personal injury, premises liability, car accidents, commercial accidents, and of course, PIP.

Pushkar Mitra Singh is a First Generation American, born in Baltimore, MD. His parents are born in Bihar, India. As entrepreneurs in the medical field, both his parents decided, that for educational and cultural purposes,  he would have to attend Birla Vidya Mandir in Nanital, India from 4th to 7th grade.  From 1994 to 1998, He was a full-time boarder at the touristy Himalayan resort town. In 8th grade, when he returned to the United States, he applied and was accepted into the IB Program at Vanguard High School in Ocala, Florida. During high school, he was famous, as well played mid-field on the Vanguard Knight’s soccer team while being voted the Treasurer for the Class of 2003.

Pushkar Mitra Singh attended the University of Miami for his Bachelors in Business Administration and received his Juris Doctor as well, from the University of Miami School of Law when he graduated in 2010. During his 1L year summer, he lived in San Jose, Costa Rica while interning for eight weeks with the United Nations Refugee Council. After purchasing a motorcycle for $500 from a local Tico, his busy summer would also include taking law school courses for credit through Santa Barbara Law School’s summer program, as well as a trip to India before the start of his second year of law school. During his 2L year, he became a Certified Legal Intern working at the Miami Public Defender’s Office in the Misdemeanor Traffic courtroom. Due to the historic job crisis during the Obama Administration in 2010, he decided to graduate early in December 2010. His admission to the Florida Bar occurred on April 13, 2011.

After passing the Florida Bar, in July 2011, as a rookie, he was the first PIP attorney hired by trial attorney Todd Landau, and personal injury attorneys Eric Pintaluga and Howard Kanner for Landau & Associates, P.A. He remained in this position until 2012, when as a sophomore, he accepted a job as an Associate Attorney for Jarred Dichek at Kubicki Draper in Downtown Miami, Florida. In 2013, he began working for himself under Push Singh, P.A., where he remained until 2015. That law firm was closed and rebranded as the Mitra Firm, based on the advice of his mentor Richard Marshall. Today, he is the CEO of Mitra Firm and works relentlessly to defend against injustices of insurance companies.

Attorney Pushkar Mitra is a former insurance defense attorney, and he has been handling PI & PIP cases since 2011. Mitra Firm provides full-service PIP and PI services to the injured and medical facilities coast to coast in sunshiny Florida. He has authored over 5,000 demand letters to the faceless insurance companies and obtained over 3 million dollars for his clients. Since 2015, he has filed above 500 lawsuits in Coral Gables, Florida. On a typical summer day, he can be found either filing cases, attending Attorney Fee Hearings and Pre-Trial conferences, seldom arguing discovery motions and MSJ’s, and infrequently noticing PIP cases for Trial.

For his injury clients, he can speak in English, Spanish, Portuguese. When dealing with any client, he always takes the time to listen to the client’s facts, apply his intelligence and knowledge, plus understand their position to help them decide on the best solution for them. He has a fantastic reputation in the community and is willing to with other PI attorneys to help clients resolve their cases with the maximum amount of settlement proceeds. Many of Mitra Firm’s notable cases have settled against Traveler’s, Liberty Mutual, Progressive, Windhaven, Infinity and Geico Insurance Companies.

Ready for your case review?

Ready for your case review? Get started here >>